Is it Legal to kick the volleyball during play?

The answer is a firm ‘Yes.’ In fact, you are free to use any part of your body to play the ball in volleyball. So long as you just touch the ball once, you may use anything from an arm to a foot or even a head.

However, the restriction was not implemented until 1993. Players were not permitted to contact the ball with any portion of their bodies below the waist before this wording, which is similar to the ‘handball’ policy in soccer.

The purpose of this new regulation is for players to be able to make more spectacular defensive plays: 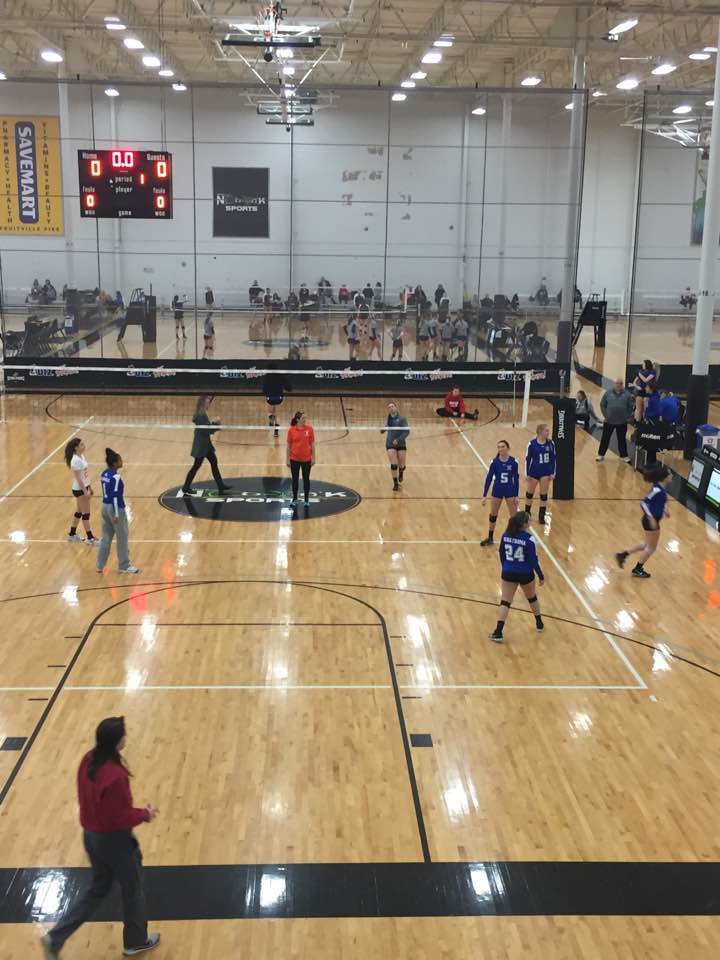 Adding time at the end of a game or extending it will make the game more pleasurable for both spectators and players.

Surprisingly, the libero position was also added to the game for the same reason.  (Want to learn more about the Libero position? Read our guide. )

Even though you are allowed to do it, should you go out of your way to kick the ball as often as possible?

Balls that are kicked by players mostly fly out of bounds, and hardly ever touch the ground.

This is why it’s important to stop the ball using other parts of your body. It is also much easier for you to save a ball that has been passed or spiked than one that’s flying towards you at high speeds!

To take the best possible decision, you need to think about the awareness of your fellow teammates. Sometimes using your foot can be a better choice than using your hand, because it will force the opposing team to put more effort into attacking and defending.

When you Can Kick a Volleyball

When, if ever, should you utilize your feet in volleyball? There are a few situations when using your feet is acceptable. The following are some of the most typical ones that happen almost every game:

Whether by accident or as a last resort, kicking the ball up with your foot can be the only way to save a ball in defense. If this happens, call “foot!”

Typically, strikers may kick the ball up during their service. It can be done if you are not confident that you can hit the ball with your hands at all. Remember that hitting yourself with the ball is an automatic fault so be careful!

The best time to use your feet is while you are attacking. It’s difficult for defenders to get around the ball when it’s kicked, which will make it easy for your team to score!

No. I’m not talking about Sepak Takraw, where you use your feet to block the ball; I’m referring to kicking the ball with your feet quickly following a block.

In volleyball, this is one of the most frequent times to utilize your feet. Don’t you think that landing and turning to see where the ball is in defense after blocking is common?

The response time is excellent. And when the ball shoots low at your feet after a great defensive play, you don’t have time to bend down and play it with your hands.

Kicking the ball up with your foot is a common skillset, and some setters are outstanding at it.

Chasing the Ball down

The most incredible foot saves that adorn the walls of popular volleyball websites are the ones you’ve undoubtedly seen. Players springing over obstacles.

It’s all about pandemonium on the court, with players sprawling out and smashing into banners and signage – this is what volleyball is all about.

Why Should You Avoid Kicking the Ball?

This has to do with controlling the ball. It’s easier to control the ball with your hands than it is to use your feet.

Consider the setter’s job: to put the ball in a one-foot by one-foot space is the goal of the set. If you can accomplish this with a kick, please consider yourself lucky!

Of course, you aren’t actually attempting to employ your feet in the reception or setter roles.

However, each time you use your feet to control the ball when it is below waist height, you risk losing a chance. An opportunity to get used to controlling the ball with your hands in various situations.

Simply said, you’re not just “doing reps” when you train; rather, you’re teaching yourself new habits. If you practice a habit that has less control (kicking the ball) simply because it’s simpler, this could cause problems on game day.

Why Your Coach Hates It

One reason is that they instill undesirable behaviors. There’s another possible explanation:

Volleyballs aren’t cheap, and kicking them can cause more damage.

The theory being that volleyballs aren’t designed to be kicked, so they might cause harm and cost the coach or organization money.

So, is it true that kicking a volleyball ruins it?

Not really! Using your feet to play the ball won’t do any more damage than serving a 60+ mph jump serve unless you are punting the ball as far as physically possible on a daily basis.

There are several good reasons why your coach most likely forbids kicking balls in practice and during matches. And they make perfect sense.

In practice, kicking balls has little bearing in improving your accuracy. We then spend the next 15 minutes throwing more balls at the stuck ball in an attempt to get it down… Okay, I can see how coaches may find that annoying.

It’s quite doubtful that it would be the most appropriate match style.

While I would certainly throw the ball on the ground when returning it to servers from the opposing team, I can see how this may not be the most polite approach. Especially in youth leagues.

Consider how it would feel to boot the ball out of your opponent’s reach (something I’m guilty of): it doesn’t bode well for your team, and you’re not going to be a coach’s favorite.

Should you practice kicking a volleyball?

I’ve revealed to you that there are a few scenarios when kicking the ball isn’t just beneficial—it’s your best alternative.

I’ve explained why you should avoid it when possible, but such events will inevitably take place.

So, if something is likely to happen in a match, should you practice it?

I think there are around 25 distinct talents and circumstances that you should be focusing on, especially if you’re just getting started.

Kicking the ball is not one of those specialties.

In my opinion, a greater proportion of players who aren’t good at volleyball acquire it by mistake. This is more of a reactive skill that you’ll develop over time as you play more volleyball. So don’t worry!

In a nutshell? Yes, you can definitely kick the volleyball.

When and why you’re doing it is, in fact, more essential than knowing that it’s FIVB legal to do so.

Consider the team’s ultimate objective and whether kicking the ball is really the best option. Is it going to help your team win? Will you be in a better position to score if you kick it? Will kicking the ball assist your team save the rally and increase morale?