What Is The Liberos Job In Volleyball?

A Libero in volleyball is a defensive specialist in the back row.   A libero is the most skilled player on the court. They play a crucial role by setting up offensive and defensive plays. A libero is like a “safety net” for your team, they can cover any player on the other side of the court and often win points with an ace serve or diving save.

When playing as a libero, it’s important to have excellent ball control, passing skills and footwork to be able to get into position quickly when needed.

There are  six general positions on the volleyball team, the most debatable being the libero. While every other post has a set function, the libero is considered the defensive specialist.

This, in turn, requires the libero to specialize in reading the court, defensive digs, technical setting, serving and attacking. Not to mention passing and bump setting. 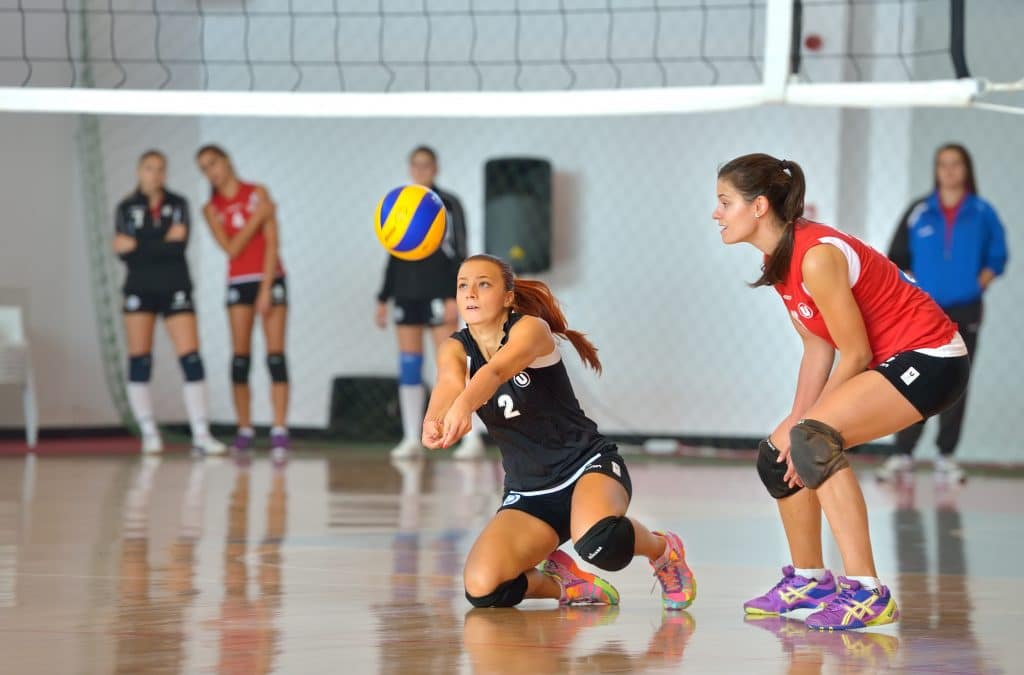 Terming a libero job as a defense specialist is putting it lightly. There is tremendous pressure on the libero to deliver successfully in guiding the team to victory, dig by dig.

Every team needs a libero. It is the player who specializes in defense, and often times has the most pressure on them. The libero must be an excellent passer, digger, and can serve as well.

So how do you know if you should be one?

Well there are a few things to keep in mind when deciding this important question: firstly, what position do I play? If it’s setter or outside hitter then your best bet might not be to become a libero. Secondly, does my speed measure up? Most teams have at least one fast person but they need someone who can cover ground quickly as well as being able to sprint from sideline-to-sideline will come in handy for this role.

The libero position and status is a special designation in volleyball. Something akin to a pinch hitter in baseball. The primary role of a libero is to be the backbone of the back-row hitters.

A libero is not limited by the rules of rotation and can be freely substituted into the game. The selected libero is to remain in the game from start to finish. For situations where the primary libero might get hurt, a few organizations allow the option of a secondary libero.

However, the secondary libero can only be substituted if not present on the court at the time of the emergency.

Responsibility and Expectations of a Libero

A libero is an important player on the court. The role requires them to wear a contrasting jersey or uniform, making it easy for teammates and opponents alike can tell who he is at all times during game time! They also spend plenty of energy playing defense from behind while sticking close enough in front so that any dig passes go right into his or her hands.

The skills of being an attacker or a blocker are not top priorities for a libero. Further, the presence of a libero as a substitute enables the team to conserve energy and stamina throughout the set.

The Attributes of a libero

The concept of height has never been an issue for liberos.  How tall is a volleyball net?  Whether they are tall or not, they must merely possess the passion of being active on the court; aware at all times. A few other essential attributes that any team will benefit from in a libero are as follows.

Regulated playing actions of a libero

A libero certainly shares a great responsibility as a defensive specialist and the second life of defense. However, here are the limitations and allowances a libero faces when on the court.

Volleyball is a physical game that requires precision. Liberos, who may not be starter for many teams but still play till the end of match ensuring saves from tight spots with their consistency and quick handling skills are truly something to appreciate on court.

Not all libero players can start in matches because there’s such an emphasis placed on blocking shots instead of setting up plays; however they stay put so when your team needs one last save or block it will always have someone waiting at hand.

We hope you have enjoyed this article, and invite you to visit Volleyball Gear Guide often for the latest news and product reviews.